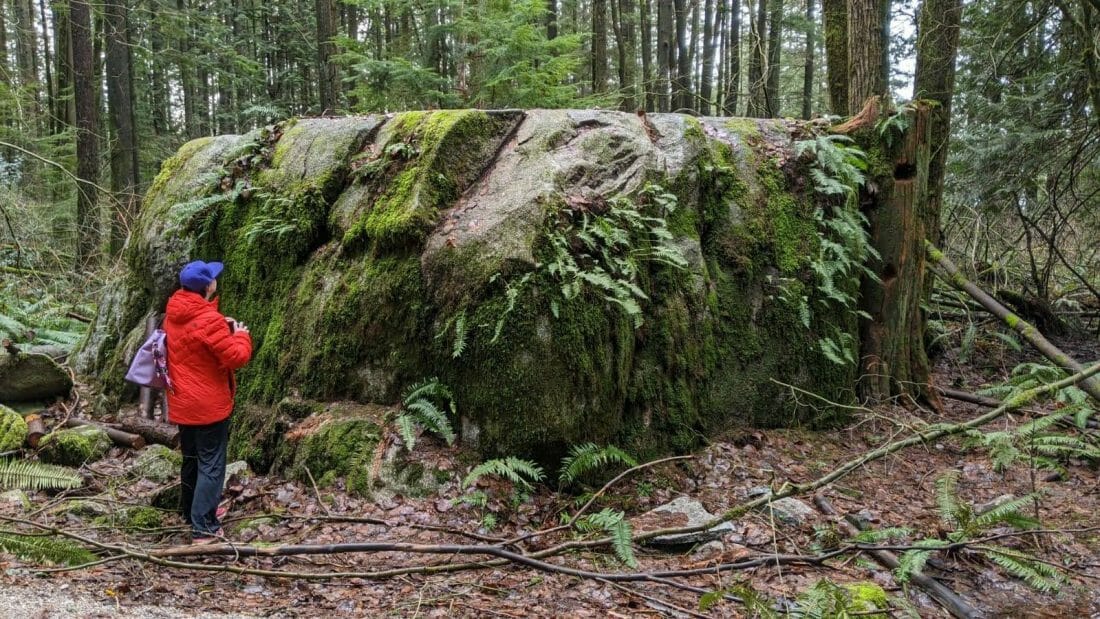 A trip to the erratic

So much to say!

It’s been a while, but lots of things have been happening!

We now have an account with meetup.com. Visit https://www.meetup.com/GreenTimbers/ to see upcoming walks, meetings and events. This is part of our efforts to reach people using tools they are already using.

Over the past few months the Society has met with both Translink and the City over Skytrain being built along Fraser Highway. We’ve been down this road before, so to speak, a few times before. The Skytrain will take a smaller footprint than the light rail would have, and both the City’s engineering department and Translink have been working hard to minimize the impact on the forest on either side of the highway. It’s a controversial subject for many members, but the Society is trying to advocate for the natural, recreational and historical use of this corridor while recognizing its value as a transportation corridor for all of Surrey’s citizens.

If you’ve gone along 148th Street you’ll notice Metro Vancouver is building a substation for the new watermain that will be running along there.

An enhanced parking and drop-off area at the Surrey Nature Centre is still underway. Due to drainage requirements the rain garden will need to be enlarged, including removing some of the beeches along Green Timbers Way. Once the parking lot has been built, the area will be replanted with shrubs and trees as part of the landscaping plan. The plan is to replant with trees matching those in the arboretum, so visitors step into a learning environment as soon as they leave their cars.

Yes, the beavers are still there in the swampy area just north of the Lake, doing what beavers do best. Has anyone managed to get a picture of them? Please share!

The Friends of Semiahmoo Bay Society organized a World Wetlands Day event at the Surrey Nature Centre on February 1 and invited the GTHS to host a table. There were great presentations and an informative walk to the Lake.

Our SNAP Coordinator for the past year, Shenae Borschneck, is heading off to new adventures this Spring and has been handing the keys over to Amy Kim! This year marks SNAP’s 20th year, and the City is really stepping up to the plate to make this the best. year. ever. We’re aiming for 20 people (20 people for the 20th year, get it?). Hiring is underway, grants being written, and plans being laid.