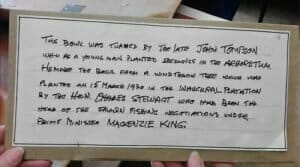 Note from Wady Lehmann about the origin of the bowl 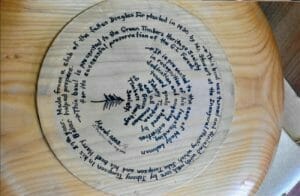 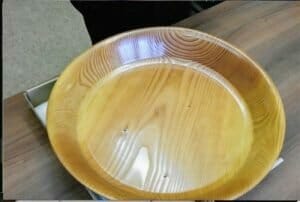 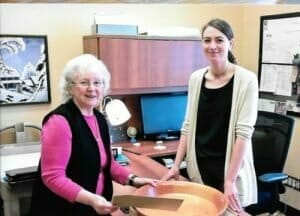 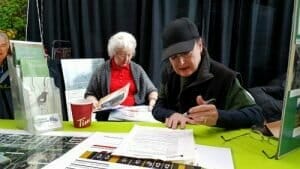 The bowl made from a fallen Douglas Fir tree in the Inaugural Plantation, was lost for several years.

The bowl was turned by my father, John Tompson, not long before he died in May 2003 (of a quick moving brain tumour). The writing on the bowl, dictated by John and written by me, was dated March 2003.

The bowl was given by John to Wady Lehmann, in honour of all the exceptional work he had done for GTHS over many years. Wady and his daughter Susan Lehmann treasured the bowl and it was displayed at times at special events.

After one event the bowl went missing and Susan was very worried what happened.

What good news to hear from new curator, Kristin Hardie, that the bowl was safe, in the Museum Artifacts Storage area.

So here are some photos of this special day when I went to meet Kristin and to see the bowl again.

Susan has signed over the ownership of the bowl to the Museum, and we are both very pleased that it will be preserved.